Lindsay Kimmett was an athlete, a leader, a learner, and an aspiring doctor with all the skills and ambition to leave a big mark on the world. Since her tragic passing on February 17th, 2008, we carry on her legacy with the Kimmett Cup. The Kimmett Cup is a 3-on-3 pond hockey tournament held annually on the third weekend of January at Mitford Pond in Cochrane, Alberta, Canada. The tournament benefits the Lindsay Leigh Kimmett Memorial Foundation, a non-profit organization started by Lindsay’s family after her death.

When we began the Kimmett Cup we didn’t know anything about organizing a hockey tournament. What we did know was that we wanted the tournament to be a reflection of who Lindsay was as a person. Today, even though a lot has changed, we still strive to maintain these same principles. Everyone plays. Play like Lindsay did. Bringing community together. Lindsay lived by the motto “seize the day”. Today we live out that legacy through Lindsay’s Foundation and try to make a difference in our community every day. To date, more than $3,000,000 has been invested into the community in Lindsay’s name, across an array of both local and global initiatives including Enduring Valedictorian Scholarships at all 3 Cochrane High Schools, The Dr. Lindsay Leigh Kimmett Prize in Emergency Medicine at the U of C Medical School, Lindsay’s Kids Minor Hockey & Ringette Sponsorships, Spray Lake Sawmills Recreation Centre twin arena addition, Start-up funding for the Cochrane Arts & Culture centre, Base funding for The LINDSAY Virtual Human Project at U of C School of Medicine, benches and picnic tables for Mitford Park, Marathon Quest 250 for Right to Play, Red Cross relief in Haiti, and 89 Children’s wishes through The Children’s Wish Foundation. 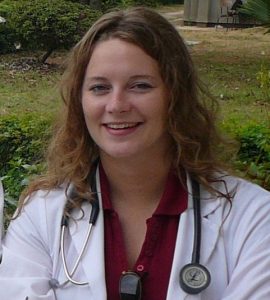 For more information about The Lindsay Leigh Kimmett Memorial Foundation click below.